What Makes The Grand National So Special?

The Grand National is the most famous steeplechase in the world and is often referred to as the people’s race given the interest behind the contest which takes place annually on the first Saturday of April. Here is more about what makes the Grand National such a special event, not just on the horse racing calendar but in sport in the UK.

In order                                                   , the runners have to jump 30 fences which are taller than anywhere else in the UK or Ireland. The distance of the race is 4m4f which is covered with two laps of the course. It is a real stamina test, especially when the ground gets soft or heavy. This is the most valuable jumps race in Europe, as the prize money for the winner last year was £561,300 while a total of £1 million was paid out to those who took part last year. That means this jumps contest is inside the top most lucrative races anywhere in the world along with the Derby and Dubai World Cup.

In 1839 the Grand National took place for the very first time at Aintree in Merseyside and it was won by a horse called Lottery. Barring a few exceptions due to World War I, World War II and a void race in 1993, it has taken place very single year. The latter was a result of a false start where 30 of the 39 runners did not see the flag from the starter and carried on. Esha Ness finished first in what is described as "the race that never was." If that race would have stood, it would have been the second fastest time of all time. That record is currently held by Mr Frisk, who took just eight minutes and 47.8 seconds to score in 1990 when he was ridden by Marcus Armytage. 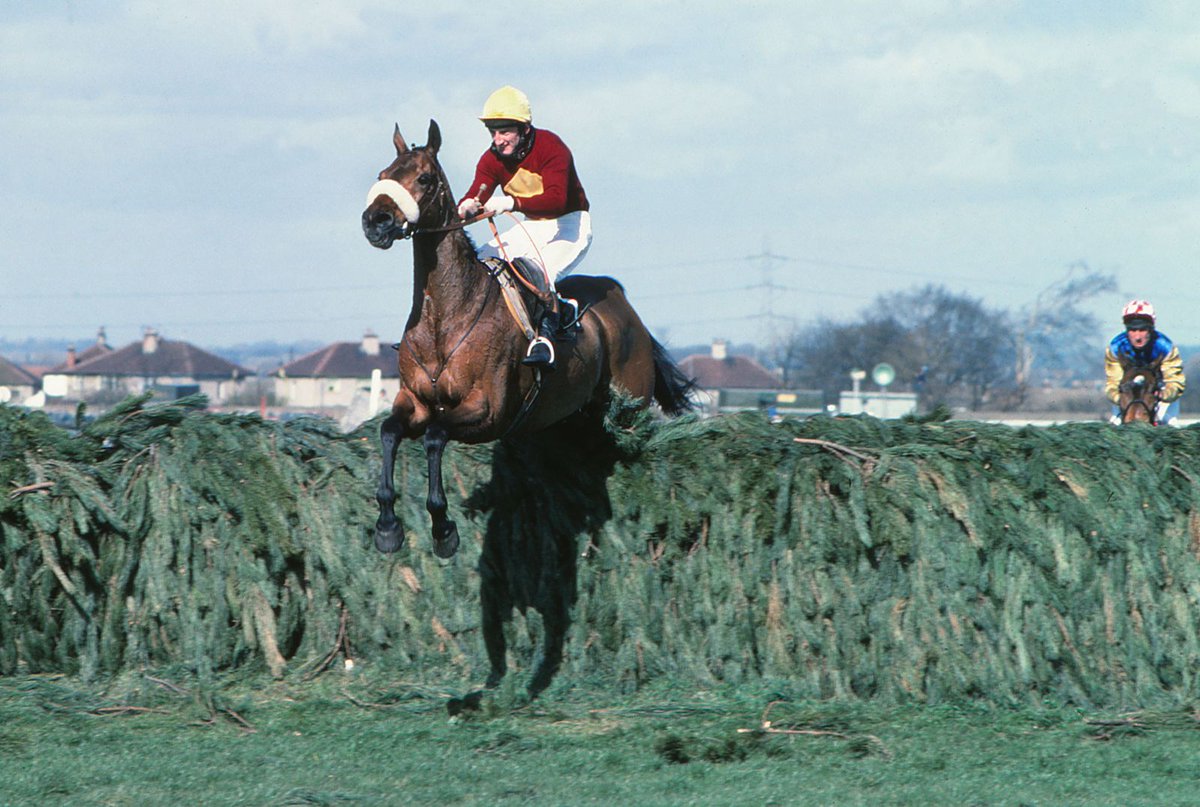 Arguably the most famous horse to win the Grand National is Red Rum. Trained by Ginger McCain, he is the only horse to have won the race on three occasions as he was successful in 1973, 1974 and 1977. He is still synonyms with this contest even to this day. When he died in 1995 he was buried near the winning line at Aintree. Red Rum is also the last horse to win off top weight and to successfully defend his crown. In 1973 he was 30 lengths behind at one stage in that race but produced one of the best comebacks in history to get up late to deny Crisp of the victory.

One of the most memorable runnings of this steeplechase chase took place in 1967 when Foinavon was victorious at odds of 100/1. The majority of the field were hampered by a loose horse at the 23rd fence resulting in a number of jockeys having to dismount from their rides. Foinavon was able to avoid the trouble and as a result went clear of the pack to land the spoils. The 7th/23rd fence is now named after Foinavon.

The race in 1981 also grabbed the headlines for a great sporting heroic story as Bob Champion rode Aldaniti to success. Champion had recovered from testicular cancer, while his horse had been through several injuries, most notably to his hind leg. The pair though refused to give up in their careers and they were rewarded with the biggest prize of them all as they came out on top in what was later produced into a film named Champions.

The most recent running of the Grand National was won by Rule the World who was an Irish horse trained by Mouse Morris. He was ridden to success by David Mullins after going off at 33-1. The 10-year-old only had one run following his Grand National success, that came at the Punchestown Festival after which he was retired by his owners Gigginstown House Stud.

If you are looking to have a bet on the Grand National this year, the market is headed by Vieux Lion Rouge for trainer David Pipe who was successful around the course in the Becher Handicap Chase back in December and also won the Grand National Trial at Haydock last month. The Pipe family have done well in this race. David’s dad Martin trained the winner in 1994 with Miinnehoma, while David was successful in 2008 with Comply of Die.

All eyes will be on the women taking part in the 2017 running of the contest as we are still waiting for the first female jockey to come out on top. Charlotte Brew was the first woman to ride in this contest in 1977 when she partnered Barony Fort. Five years later, Geraldine Rees became the first woman to complete the course, while in 2012 Katie Walsh finished in the placings as Seabass came home third after going off as the well-back 8-1 joint-favourite. With so many leading female jockeys now in the sport, it is only a matter of time before one of them wins this race - and it could very well be later this year.

to win the Grand National